Different Types of Scaffolding in Construction 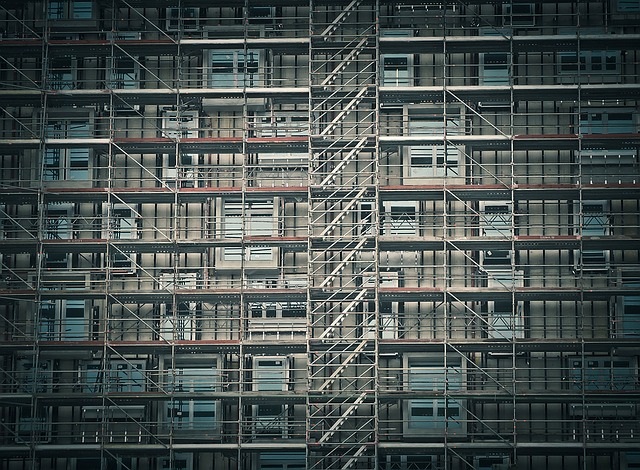 An undeniably integral part of most construction projects when working at height, scaffolding has been used for hundreds of years and surprisingly little has changed since the first scaffolding rigs were first built from wood and bamboo.

As it can serve such a variety of purposes, there are numerous types of scaffolding, each of which will be suitable for different tasks.

Below, we’ll take you through a few of the more common styles of scaffolding in an effort to help those planning a construction project decide which might be the best option for them.

Colloquially known as “brick layer’s scaffolding” due to its popular use in brick masonry and sometimes also known as “supported scaffold,” single scaffolding is perhaps the most common scaffolding used in construction. This scaffolding consists of a single framework of standards fixed to the ground that runs parallel to a wall and are connected by ledgers, which are generally spaced around 1.5 metres apart. This scaffolding is connected to the wall via secure putlogs, with braces often used for extra support.

Commonly used in stone masonry, this scaffolding is also known as “mason’s scaffolding” and is much stronger than single scaffolding as it relies on two rows of standards instead of just one. The other major difference is that the putlogs are not fixed into the wall, but are supported at both ends on ledgers. This means it is able to literally stand on its own legs without being attached to a wall, without the need to make a hole in the wall. Double scaffolding can hold heavier loads than single scaffolding and can also be called “supported scaffolding” due to the fact it essentially supports itself.

So-named due to the fact it’s constructed from steel tubes fixed by steel couplers, this type of scaffolding is a stronger and more durable form of industrial scaffolding that provides greater safety for workers as the standards are welded to a base plate instead of just being fixed to the ground. Otherwise, it is operationally quite similar to double scaffolding, but can generally be dismantled and erected more quickly.

This less elaborate and generally shorter mobile scaffolding is typically used during indoor painting or repair work and refers to a platform held aloft by tripods and/or a moveable ladder with none of the standards, ledgers or putlogs associated with more complex scaffolding. Trestle scaffolding is more lightweight than other scaffolding options and wheels can even be added to the base to make it more mobile and flexible. It’s far more stable and comfortable than a ladder and is generally used in situations where work needs to be done in multiple locations - meaning one fixed structured would prove impractical. When wheels are attached it is often referred to as “rolling scaffolding” for obvious reasons.

Ready-made scaffolding is constructed from steel but unlike traditional steel scaffolding patented scaffolding is also equipped with special couplings and frames. It’s not particularly flexible, but it is easy to erect and adjust and might be the best option for less intensive or more awkward jobs.

Typically used by windows cleaners or any workers who need to descend from height to reach a work surface, suspended scaffolding is used primarily in maintenance and repair work on existing high-rise buildings. A platform and guardrail are suspended from the roof with a series of ropes, wires, pulls and counterweights and the platform is raised and lowered as required to reach exterior areas of a building that might be otherwise inaccessible for maintenance work.