The Three Main Categories of Scaffolding 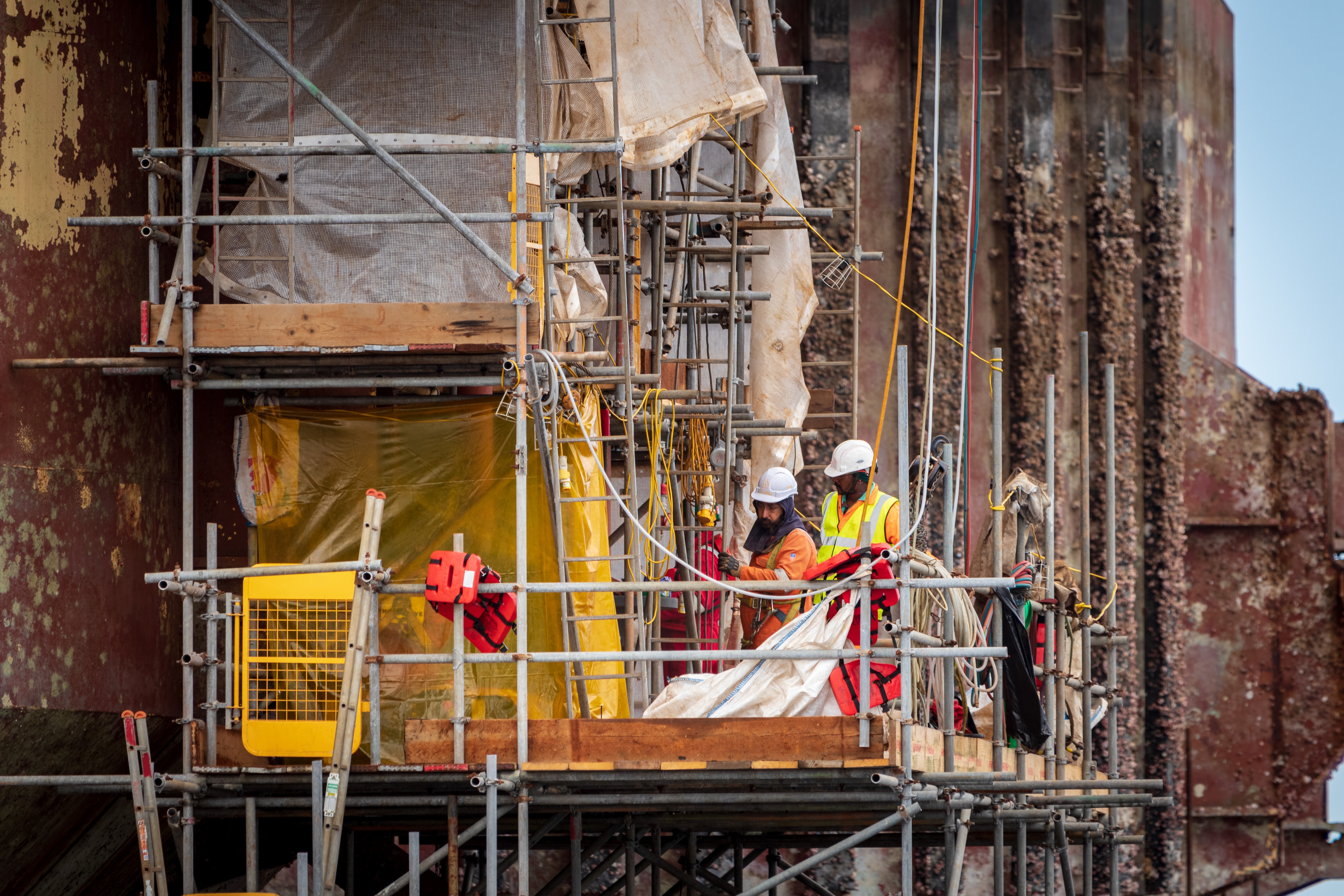 If you are a layman or you're just starting in construction, you might assume scaffolding is all the same - in some way that's correct. Scaffolding hasn't changed much in the millennia since it was first created, relying on the same underlying principles. However, amongst this terrain of bars and bolts, there is a surprising amount of variety.

From single to double, and steel to trestle, the construction of scaffolding is dependent on the project being undertaken. Yet, despite the many types of scaffolding, there are only three main categories: suspended, support, and aerial.

In this article, you will learn what each of these broad categories of scaffolding is, and when they are best employed. So, you'll be able to make a more informed decision when deciding how best to use St Ives Scaffolding in your next construction project.

You will likely have seen supported scaffolding as you walk down the street, you may even have walked down the alleyways it creates when constructed over the pavement. Supported scaffolding is the most common category of scaffolding. It describes all types that are built from the ground upwards, and use the floor for its support. Typically, it is formed of one or more platforms, each of which is supported by rigid struts, for example, poles, legs or frames.

Ladders are used when climbing up this category of scaffolding, or to provide a connection between the middle lengths of scaffold, known as platforms. As a rule, supported scaffolding consists of lumber and poles used to create a frame. The frame can be stationary, as is the case with single or double scaffolding, or it can be freestanding and mobile – just attach a set of wheels to the base.

Here at St Ives Scaffolding, we employ a variety of types of support scaffolding, including single scaffolding, double scaffolding, and cantilever scaffolding. These are used on more standard construction projects when access to ground space is not an issue. Examples of tasks that require supported scaffolding include, bricklaying in the construction of a house, or when repairing old stone masonry on a large building, e.g. cathedral or church.

For more information regarding supported scaffolding, please head over to our article discussing the different types of scaffolding in construction.

Have you ever been walking down the street and noticed a platform dangling from the edge of a building? The contraption is known as a suspended scaffold and involves a working platform that hangs from the roof via wiring, ropes or chains. The scaffolding system involves the use of pulleys, levers, and switches, which collectively enable you to descend (or ascend) down the side of the building to access parts of the structure ordinarily unreachable.

The benefit of suspended scaffolding is that it does not require the mass construction of supported scaffolding, and as such, can be used on projects of a smaller scale. However, suspended scaffolding restricts the number of people who can work to those able to fit onto the small working platform or to the strength of the supporting wiring, ropes, or chains.

The most common form of suspended scaffolding is the two-point or swing stage. It is suspended by two sets of cables or ropes (hence the name) from an overhead structure, which then attaches to stirrups on either side of the platform. If you've seen suspended scaffolding before, it was most likely a two-point system. Some two-point systems even have multiple levels, allowing access to more of the building without having to move the platform. However, the strength of the cable still limits the number of people who can stand on the platform.

Other notable forms of suspended scaffolding include, catenary, float (or ship), single-point, and interior hung.

Suspended scaffolding is usually employed on specific tasks, such as repairing or painting the side of a building or home. It is also used on extremely high buildings, e.g. skyscrapers - where creating a supported scaffold is unfeasible. Here at St Ives Scaffolding, we don't have to deal with many skyscrapers; however, we do provide suspended scaffolding for smaller structures.

At many sites, aerial lifts are essential due to their mobility and flexibility. Also, they are a significantly safer replacement for ladders and scaffolding. These devices are made of metal, fibreglass, reinforced plastic, or other sturdy materials. Both powered and manually operated versions are available, with the powered aerial lifts being mounted on a vehicle for increased mobility.

Aerial lifts are used for a variety of tasks. These can include but are not limited to, servicing lines, e.g. cable or telephone; painting hard-to-reach locations; window washing, particularly on skyscrapers; and in farms, when tree pruning or fruit picking.

One of the key benefits of an aerial lift is that no construction is required. The device can simply be moved or is driven to the location, and is immediately ready-to-go. Therefore, aerial lifts are the method of choice in short-term construction projects, where building an entire scaffolding is both uneconomical and a waste of time.