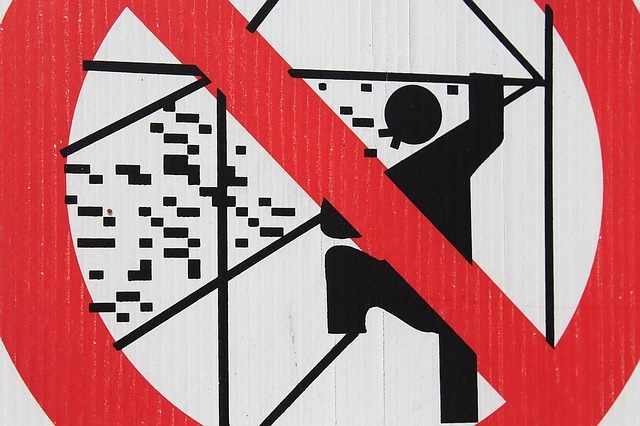 Professional scaffolding has been used in one form or another for thousands of years. However, working at height is not without risk. Even today, after numerous technological advancements (and with scaffolding accidents at an all-time low) there are still precautions that need to be taken. Potential hazards of working on scaffolding include everything from serious falls to electrocutions (when working close to power lines). Fortunately, most of these accidents can be avoided by following some handy tips.

The Work at Height Regulations act of 2005 specifies that scaffolding should be assembled to a recognised configuration by a competent professional. This is to ensure it is strong enough and stable enough to carry out its task and remain safe whilst being erected, used and dismantled. NASC guidelines should be followed at all times. If your scaffolding doesn't fit within a standard configuration, in-depth documentation should always be provided. It should go without saying that any erection or alteration should be carried out under the supervision of a trained professional.

It’s imperative that everyone in your employ has been properly trained, not just the site foremen. If everyone is reading from the same hymn sheet you are far less likely to run into issues down the line.

The site should always be inspected prior to construction to make sure there are no potential hazards. This way, dangerous situations can be adequately prepared for. Of course, certain surprises can always spring up on you, but a thorough assessment of the grounds will usually turn up things that could prove to be a problem later on.

Prior to, during and after it's been erected, scaffolding should always be inspected by a qualified professional to make sure OSHA (Occupational Safety and Health Administration) requirements have been met. It should also be ensured that all areas have been fully decked, guardrails have been installed where possible and that any scaffolding installed against a building is properly tied and secured. Note that even if the scaffolding doesn't appear to be that high from the ground, guardrails should always be present, as even a fall from a few feet can be serious.

In order to prevent falling objects make sure you keep all industrial and commercial scaffolding clear and tidy, tying particularly hazardous materials down when possible and making sure that anything that doesn't NEED to be up there is kept on the ground.

There should be a clearance of at least 10 feet between power lines and scaffolding. If it is impossible to erect scaffolding without avoiding power lines or telephone lines then make other arrangements.

Winds of 25 mph and higher can lead to workers or materials being blown from scaffolding, which can obviously lead to some serious accidents. Installing scaffold wind screens or netting should keep the winds at bay.

All scaffolding structures will have a designated load limit, and if you don't stay within this limit then you run the risk of causing a collapse. This doesn't just mean the weight of the workers, but also the weight of all combined materials.

Preventing unauthorised access is particularly important when erecting scaffolding in residential areas, particularly when it comes to children accessing the equipment. Secure the perimeter with adequate fencing and make sure that all scaffold towers and ladders are removed when the scaffolding is not in use.

Finally (and perhaps most pertinently), make sure you don't rush your workers or give them unrealistic deadlines that will cause them to rush. When working from height, it's important to take your time. The project will be ready when it's ready.

The NASC 2018 Safety Report revealed that there were only 17 major injuries sustained on scaffolding in 2017, which is down from 27 the previous year. If scaffold workers continue to follow the tips above, hopefully we can cut that figure down to zero!