5 ingenious ways that Scaffolding has been used outside construction 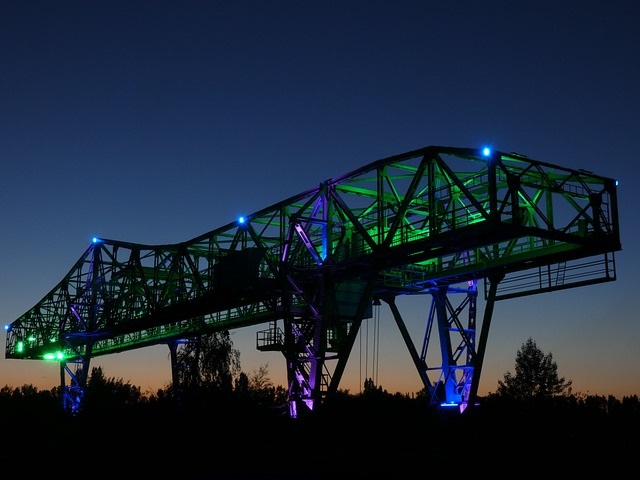 Many of us see scaffolding on our commutes every single day, used on construction sites. However, the temporary and flexible nature of scaffolding means that it’s actually suited to a far wider spectrum of applications than simply construction and maintenance. Here, we've put the microscope on five examples that underline just how versatile scaffolding can be.

The scaffolding stairs in Rotterdam

In 2016, the Dutch 'urban design' company MVRDV unveiled a project known simply as, “The Stairs to Kriterion”. This ambitious project used complex industrial scaffolding to build a huge staircase of 180 steps that led to the roof of the Groot Handelsgebouw in Rotterdam. At 57 metres in length and 29 metres in height, the stairs were a temporary addition to the city as it celebrated its 75 years of revival and reconstruction after the Second World War. In fact, the Groot Handelsgebouw was one of the first buildings to be installed after the war ended. On roof of the building, an observation deck was the stage for a former 1960s Kriterion Cinema, which played films celebrating the city's achievements.

The idea was for the installation to catalyse a new network of rooftop city spaces linked by staircases. This has yet to transpire, unfortunately, but the concept does at least underline the flexibility of scaffolding when it comes to short-term cultural projects.

The temporary art museum made almost entirely from scaffolding

The Schaustelle (“show site”) was a temporary space, built almost entirely from cantilever scaffolding and used to house exhibitions whilst the Pinakothek der Moderne museum in Munich was undergoing renovations back in 2013. This is an example of a building as a temporary fix, which meant scaffolding was the ideal building material. Architect Jürgen Mayer H also decided upon the material as it could be disassembled and reused once the structure was no longer required.

The lion is an intrinsic part of English heritage. When Ben Long was searching for subjects for his series of scaffolding structure sculptures, that heraldic symbol of English pride was always going to be a key component. Long's scaffold lion, which was installed on the ground of Bruce Castle in Tottenham back in 2012, stood at over ten metres tall, and presented not only a more urban alternative to stone and bronze, but a point where engineering met art.

Long uses scaffolding in his sculptures because of, not in spite of, their temporary nature. He feels they, “Reflect the change and evolution that the urban environment is constantly subjected to.” The nature of modular scaffolding also mean it's an ideal building material for complex sculptures. The process for the piece (including planning) took around 6 months, starting with scale models at Ben's home studio. He then went to a structural engineer to discuss the logistics of the final design. The sculpture was commissioned by Up Projects as part of Haringey's PARK ART scheme and further underlined the flexibility of scaffold.

The 2018 Russia World Cup was an unprecedented success for the country. However, in the lead-up to the event, there were serious doubts floating around regarding whether or not the infrastructure was in place to support it. There was evidence to support these fears; the Yekaterinburg Arena had to go through a pretty speedy makeover in order to meet World Cup standards, for instance.

The stadium was built in 1957, and didn't meet the 35,000 minimum capacity for hosting games. In order to add another 8,000 seats, the construction team got a little creative by fixing 8,000 seats to an expansive scaffolding construction just outside the arena. The views weren’t exactly top-notch, but they still counted towards the total number.

Although we've seen that scaffolding has numerous practical and artistic applications, one company has taken the basic construction principles and done something truly fascinating with them. The Electrospinning Company (TECL) has used technology first designed to be used in space to create microscopic scaffolding. This can be used to build new livers for those waiting desperately on replacement organs. The UK-based business used technology developed at the Science and Technology Facilities Council to create their “Re-Liver” project.

It uses a process known as electrospinning to send an electric charge to produce polymers 100 times thinner than human hair, mimicking the behaviour of human tissue. This is spun into small scaffolding (so small the human eye can't detect it) which is then used as a microscopic construction platform from which to develop artificial, mini-livers called “organoids”. These can be used to replace liver cell functions in patients with liver-associated diseases, keeping them healthy whilst they wait for a replacement organ. This is scaffolding legitimately being used to save lives. Is there anything it can't do?