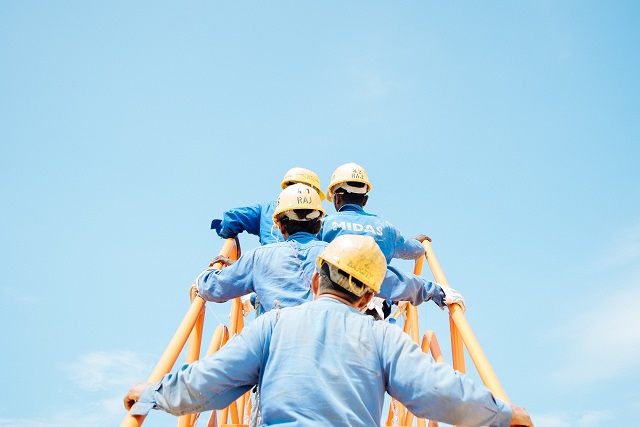 These shocking statistics threaten to leave a stain on the industry. Unfortunately, it’s a difficult problem to solve - every incidence of mental illness has its own cause. However, when it comes to suicide among construction workers, there may be a broader issue at hand. A primary trigger is the stigma that remains over the issue of mental illness, particularly in an industry that values traditional masculinity.

From crippling anxiety to clinical depression, one in three construction workers has taken time off work due to mental health problems. With a third of all workers in areas stretching from short-term scaffolding to long-term building work suffering these effects, why do so few choose to come forward?

The primary problem with any mental illness is that those suffering often feel an inability to discuss it, even with those closest to them. This could be for a number of reasons, but the most overbearing one is the idea that it might make them look weak.

In construction specifically, workers handle physically and mentally demanding tasks. Jobs can come and go, with little security or even warning. Hard conditions like these can contribute to a severe fatigue that builds up over time - potentially leading to something far worse.

It can be tempting for construction workers suffering from mental illness to hide behind banter and bravado. Sadly, this makes it worse, contributing to an environment where workers are reluctant to speak up for fear of being mocked or even chastised.

Although the tides are slowly changing, women still only make up around 9% of the global construction workforce and this male-dominated culture can lead to men encouraging the worst behaviours in each other.

What to Look For

There are a number of telltale signs that a worker might be suffering and is in need of some support. If somebody you know or work with is exhibiting any of these signs (particularly if you spot more than one), don’t be afraid to reach out.

Arguably the most important question here is how to approach the people you think might be at risk. However, every conversation surrounding mental health begins with a simple “Are you ok?” It might not sound like much, but these small steps can lead to major breakthroughs further down the line.

Once you’ve opened that dialogue there are also a number of charities you can direct them towards, such as Building Mental Health and the Lighthouse Construction Industry Charity. The most vital step is always just taking the time out of your day to ask. You’d be amazed what a difference a simple question can make!