How Much Does It Cost to Scaffold a Semi-Detached House? 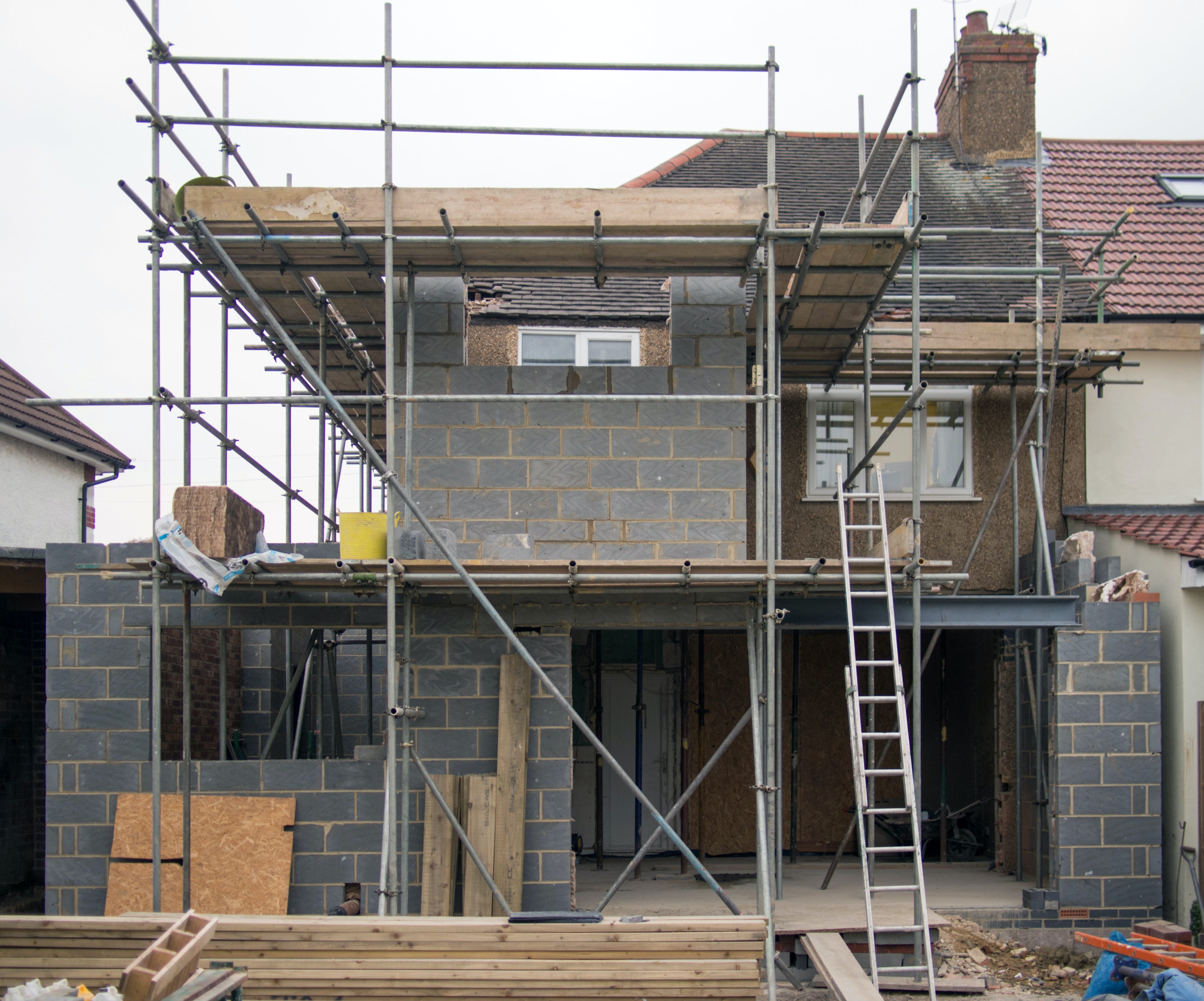 Scaffolding is an essential tool when repairing or maintaining a house. It provides access to those difficult to reach places, giving everyone from bricklayers to roofers a stable platform to work on. When deciding to build a new extension or repair a section of your home, many people don't consider the costs of scaffolding. However, before committing, it can be useful to learn a little about scaffolding for a house, enabling you to make an informed decision.

Why You Need Scaffolding

To complete any significant construction work on a building (including extensions, chimney repair or roof tile replacement), it is essential to use scaffolding. Scaffolding is the system of poles and walking boards used to provide a workspace higher up a building, where ladders or other methods of elevated working are too risky.

Scaffolding also allows for multiple professionals to work at the same time, so that, even though the scaffolding itself costs money, costs can be recuperated through saving on manhours. Scaffolding is particularly useful when working with heavy materials such as brick or concrete, as the material for construction can be taken up onto the platform before the job commences.

Naturally, the longer you hire scaffolding for, the higher the cost incurred. As a rule of thumb, the standard hiring period for the scaffolding industry is between six to eight weeks. You will pay a set fee for this period; however, if you require the scaffolding for longer, extension periods are typically paid by the week.

The more scaffolding you require for construction, the more you will spend. Many companies will discuss the height of scaffolding, as further levels will be required, meaning more walk boards, and more metal poles. Plus, it takes more labor to set up taller scaffolding.

However, the length of scaffolding is also an important consideration, while not a significant issue on smaller residential properties, such as a bungalow, commercial premises of considerable length will affect the price.

Scaffolding prices can vary significantly throughout the UK. Major cities, like London or Manchester, will charge higher rates for scaffolding-hire than smaller towns like St Ives.

For a quote, it's best to get in touch with us here at St Ives Scaffolding.

Ease of access is not a factor laymen often consider, however, attempting to erect a scaffold in a tight, narrow space can delay the process, pushing up costs, as compared with scaffolding erected alongside an open side of a house.

If you have passages that are either tight or difficult, discuss with your scaffolding contractor before agreeing to a quote.

Each scaffolding job can differ considerably, though for the most part, are relatively simple. However, if your property has some special requirements, this can affect the scaffolding costs.

Ground condition is important, as while the scaffolding does not bear the weight of a traditional structure, it still requires stable ground. In a rural environment, grass or muddy ground can be unsuitable for scaffolding, and a sturdy base must be constructed to comply with regulations.

If there is a gap, such as over a driveway, conservatory, or pathway, then scaffolding construction becomes more complicated. As a result, prices increase.

One property type to also consider for specialist requirements, especially here in St Ives are historical or listed properties, where an expert may need to be consulted to ensure the building's features are protected from the scaffolding and construction.

If a project is occurring on a public road or footpath, specific procedures must be followed: namely gaining permission from the local council, which can be a costly process. If this is the case, try to plan ahead of time.

Please be aware that many communities throughout the UK require a permit for the erection of scaffolding. We have already discussed permits being needed when working on public property, e.g. a road, but a permit can also be required in residential areas. Permits ensure all safety standards are being met, reducing the incidence of injury.

Costs for Detached vs Semi-Detached House

As we've already mentioned, scaffolding costs can vary significantly throughout the UK, with a £700 to £800 job in most of England costing upwards of £1,100 in London. Therefore, the prices listed below are estimates and should not be taken as exact quotes.

An everyday scaffolding job for residential properties. Scaffolding typical works out at about £400 to £500 per week. Costs are dependent on several factors, including, the highest part of the roof and whether access to all sides of the chimney is required.

Even though gutter repair is a much smaller job, scaffolders make their money from large jobs. Therefore, you can expect a gutter repair or roof tile replacement to cost £100 to £300.

Bridging Over a Conservatory

As conservatories are commonplace on British houses, it is a special requirement often faced by scaffolders. Despite that, it can still increase the cost of scaffolding by £400 to £500.