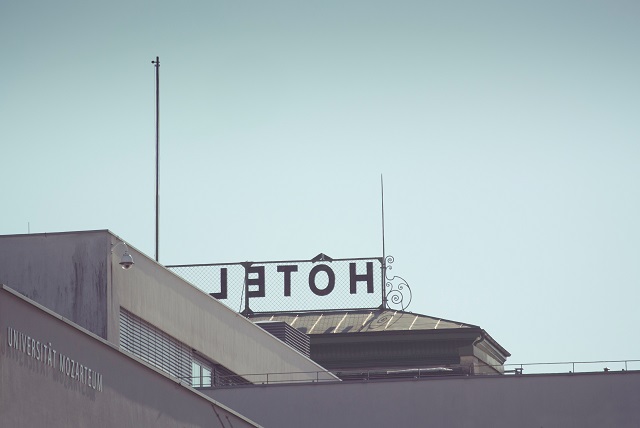 We all like to get away every once in a while. Indeed, such is the confirmed health and wellbeing benefit of regular vacationing, we'd probably go away more often if we could get away with it. However, for most of us, due to work and family commitments (not to mention the cost), one or two weeks a year is all we can realistically expect. This is why, when it doesn't go to plan, it can be particularly devastating.

Here, we've explored the dark reaches of the web to put the microscope on five holidaying horror stories that might make you think twice next time you consider booking without looking.

Although it's been a solid 40 years since the release of “Jaws” caused beach attendances to plummet, a recent sighting at the harbour town of St Ives, Cornwall might make holidaymakers think twice before dipping their toes in the Cornish sea next summer. Footage captured by a local teenager showed a 9ft blue shark swimming in the clear waters of the harbour.

Of course, there are plenty of other things to do in St Ives that don't involve venturing into the sea, but even so, the thought of coming face to face with such a formidable creature might understandably scare off some potential tourists.

The UK's very own answer to Las Vegas, Blackpool is a town that boasts one of the oldest and most characterful amusement parks in the world. It's also, apparently, a hotbed for swingers. One couple at a Blackpool hotel was recently left confused when an older couple continually asked them upstairs to their room for late night drinks. At first this they shrugged it off, but they realised something was up when they had a note sent to their room telling them that the occupants of three other rooms “wished to join them for the evening.” It transpires the couple had booked a holiday on a swingers' weekend and hadn't been told. Classic Blackpool.

Imagine spending years scrimping and saving for your dream holiday, only for the hotel to resemble a poorly maintained building site. Now imagine your disabled eight-year-old is scheduled for potentially life-altering spinal surgery and you just want to provide her with a happy memory to ease her pain through such a difficult time in her life. This was the reality faced by a mum-of-five who booked a once-in-a-lifetime holiday to Antalya in Turkey. The Swandor Topkapi Palace promised the world: an on-site water park, 10 bars and restaurants and a kids club, amongst other things. When the family of nine arrived, however, the hotel was completely unfinished. Suspended scaffolding haunted the dining room, the pools were mostly empty and all of the hotel toilets were out of order. To add insult to injury, the family were kept awake by loud drilling and the bespoke room she had requested for her wheelchair-bound daughter was nowhere to be seen.

The classic Lincolnshire town of Skegness has been ranked just below the North Korean capital of Pyongyang, and the notoriously violent and dangerous Port Moresby in Papua New Guinea, as one of the world's worst potential holiday destinations by travel site Destination Tips. The site claims that the antiquated but perfectly harmless northern resort town is a “run-down pile of dirt” that's stuck in the past with the amusement parks and attractions a pale imitation of Blackpool. Still, at least Skegness is largely free of swingers

Often seen as an idyllic destination favoured by honeymooning couples and Hollywood celebrities, one couple had a significantly less romantic experience during their 'dream' trip to a holiday resort on the Caribbean island paradise of Barbados.

They booked their vacation on the strength of what they eventually discovered was just an “artist's impression” of what the resort they had booked might eventually look like. When they arrived, they found the resort was a building site with commercial scaffolding and concrete in place of the palm trees and beach huts they were promised. Countless tourists have been duped by The Sands hotel, to the extent that it's actually damaged the reputation of the island as a whole. Considering the importance of tourism on the local economy, this is not good news for anyone involved.