A brief history: Scaffolding through the ages 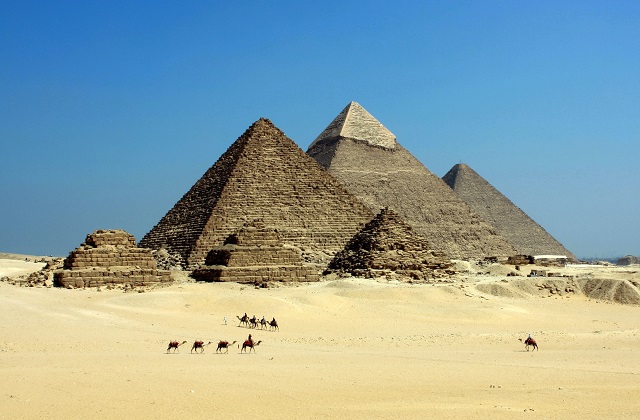 Since human beings have aspired to build upwards, there have been certain kinds of scaffolding used to help them achieve their goals.Although scaffolding has become commonplace in recent years, its origins stretch back all the way to the dawn of man.

Back to the Beginning

Builders have been developing and adapting scaffolding for thousands of years. While the scaffolding we see today is surprisingly sophisticated, the first scaffolding was far less complicated. We might never know for sure, but historians have said that there’s circumstantial evidence that even prehistoric settlers were using some form of scaffolding.

17,000-year-old cave paintings on ancient cave walls in France were found so high up in the cave that the painters would need to have used some form of rudimentary scaffolding. Socket holes were also found scattered around the cave, which could have been used to support this hypothetical scaffold.

The first real steps towards modern scaffolding, however, began in ancient China, where bamboo was tied together with rope to create something approximating the structures we still see today. Indeed, in some South-East Asian countries, bamboo scaffolding is still used to this day, though with a few more obvious safety precautions. Proponents of bamboo scaffolding claim that it is more suitable in areas where earthquakes are common, although this has been disputed.

The Birth of the Modern

In Medieval England, monks were trained in the art of building and using scaffolding in order to build the abbeys and churches that still stand today. Wooden 'staging' was used, but these structures would often collapse under their own weight. It wasn't until the 20th century when the use of steel tubing (which was lighter than timber) became commonplace that scaffolding began to really take shape and become the secure, modular scaffolding we use today.

It was the brothers David Henry and Daniel Palmer Jones that really changed the game by standardising the modular parts used to build vertical scaffold structures. This meant parts could be traded with ease. David created a piece of tubing known as a “Scaffixer” that was far more secure and flexible than rope, as well as the “Universal Coupler”. The brothers so impressed the upper echelons of British society that there were hired to renovate Buckingham Palace. It was during this renovation that they experimented with a variety of groundbreaking techniques.

In the wake of World War II, a great many building projects were begun to replace homes and offices destroyed during the conflict. The scale of work required meant lots of unskilled labour, and lackadaisical health and safety practices were common. The accidents that occurred during these years led to significant improvements in the 1960s, including the usage of plastic sheeting and heaters to stop walkways from getting slippy during winter months and harnesses to keep workers from falling.

Even though we still use many of the same basic components that were first created by the Joneses 100 years ago, advances in technology and safety regulations mean that new materials have been introduced in order to make erecting, using and taking down scaffold towers easier and safer. The steel tubing of old has been replaced by aluminium and more lightweight steel with composite materials sometimes used where more strength is required.

So Much Change; So Much the Same

A great deal has changed in the last 17,000 years. The vast industrial scaffolding used to build our great modern skyscrapers has its intellectual roots in the basic concepts first dreamt up by those ambitious cavemen. At its heart, scaffolding is simple, but there is definitely a reason its popularity has endured.