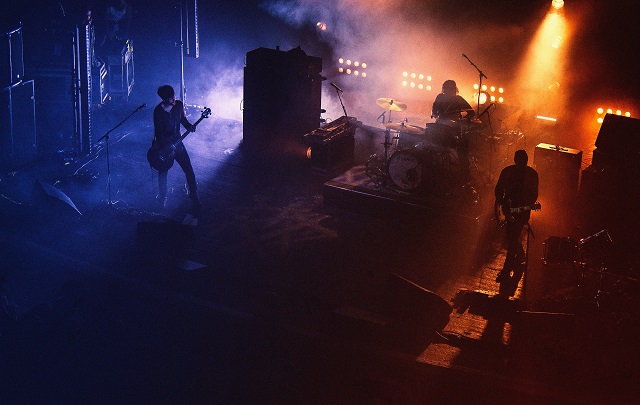 In the social media age, the life of a touring musician isn't like it was during the halcyon days of the 60s and 70s, but it's still a job many of us would trade working limbs for. Imagine being paid to travel the world and making a living by playing to millions of adoring fans night after night.

These gigs take an obscene amount of time, effort and money to put together, but they also rely primarily on the dedication of the artist's fanbase. This is why so many of us throw tantrums and kick up a storm when our musical heroes decide to pull out at the last minute and cancel a show. We see it as a personal insult.

Sometimes there is a very good reason why an artist will pull the plug on a show. Other times, of course, it's simply a case of extreme prima donna syndrome. Here, we'll examine a few of the more notable recent big gig cancellations and will try to sort the hissy fits from the genuine exits.

The notorious Followill brothers spent most of their early years as the Kings of Leon embroiled in a steady stream of debauched antics. Indeed, there was a time when it would seem rare for the band to take to the stage sober. By 2010, however, their star had finally ascended and they had largely cleaned up their act. Somebody obviously forgot to tell the birds.

During a July 2010 St. Louis show, a number of rogue pigeons had nested in the heavy-duty scaffolding above the stage. These pigeons were obviously not fans of the band's soft-rock sound and proceeded to drop their payloads directly in the mouth of bassist Jared Followill. By payload, we obviously mean poo. The gig was swiftly cancelled as a result and we really can't blame them, to be honest.

The man affectionately known to his fans as “Moz” is a notoriously vigilant vegetarian. Some might see this as an admirable quality, but the former Smiths singer's odd right-wing leanings of late have led many to believe he probably prefers animals to people; perhaps even to his own fans. This is a thought underlined by a show in Dresden, Germany in 1999 when he refused to take to the stage because the venue had once been used as an abattoir. Classic Morrissey.

In the decades between their 90's heyday and the heavily delayed release of the underwhelming Chinese Democracy, Guns 'N Roses shed the vast majority of their band members. Yet, their fanbase remained willing to throw down big bucks to see Axl Rose and his new gang of musical mercenaries. This is remarkable, given that Axl became so overburdened by his own ego that it was more common for the band to turn up two or three hours late than to start on time.

Still, whilst they were almost always late, they seldom actually cancelled a gig. That is, until a show in Rio de Janeiro, Brazil in 2010, when a major storm ravaged the stage and the commercial scaffolding holding it up collapsed. The stage also collapsed a month later at a GNR gig in Costa Rica, though it was reportedly the sheer heft of the band's furniture that was to blame there.

The Gallagher brothers have never seen eye to eye, but they were still able to at least maintain a working relationship for two decades. However, just before a festival performance in 2009, after a particularly fraught argument, chief aggressor Liam reportedly destroyed one of Noel's favourite guitars whilst attacking him with it “like an axe.” That was the final straw. To this day the two refuse to speak and they are both involved in their own solo careers. Barring some divine intervention (or perhaps some words of apology from Liam, which would amount to the same thing), it seems unlikely that a full Oasis reunion will ever get off the ground.

Although most of the gigs on this list could be laughed off as musicians throwing hissy fits or being victims of circumstance, sometimes there is genuine tragedy behind a gig cancellation, as is the case here. In 2012, in the midst of a major tour, experimental alternative rockers Radiohead were forced to cancel a show in Toronto when the suspended scaffolding holding the stage together collapsed on drum technician Scott Johnson and his team, ending Scott's life and seriously injuring three stagehands. The band have played numerous tributes to Johnson over the years, and the company behind the show, Live Nation, are still under investigation on grounds of negligence on the matter, even 6 years later.