Why you should still be using scaffolding in construction 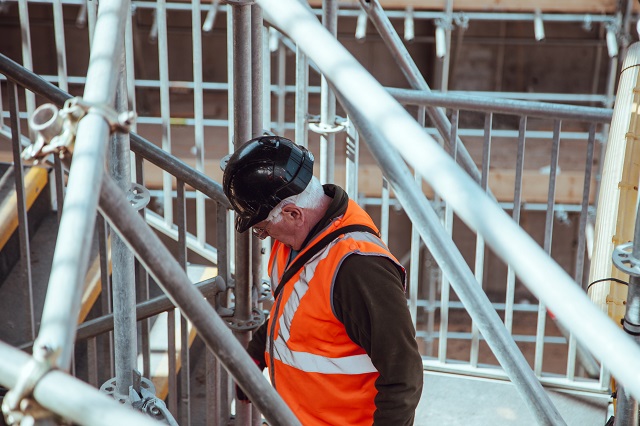 China also popularised the use of scaffolding, taking advantage of a local abundance of bamboo during construction of the Great Wall of China. Many Asian countries still use bamboo scaffolding, since it’s cheap, flexible, and surprisingly strong.

It wasn't until the 1950s that the modular domestic and commercial scaffolding we still see today was invented. The lightweight, strong, and flexible temporary structure consisting of wooden boards and steel or aluminium tubes and couplers was a revolution in construction, allowing the construction workers themselves to assemble the structure in a matter of hours without any extra bolts, nails or screws.

While commercial and domestic scaffolding has evolved to conform to modern regulations, the basic structures remain largely unchanged and are still used regularly on construction sites all over the world for a number of reasons:

Safety – Modern scaffolding is constructed with the safety of the workers and the general public very much in mind. This is especially relevant in situations where workers and a building's residents need to co-exist.

Installation – As scaffolding is a temporary construction, which is remarkably quick, easy, and safe to set up and take down.

Flexibility – When working in construction, particularly in high-rise building projects, it is often simply impossible to reach certain areas without the use of scaffolding. When erected properly by a skilled team, scaffolding will allow workers to get on with the task at hand and complete tasks that would otherwise prove far too risky.

Independence – With the support of a scaffold tower, scaffolding can be completely freestanding, which means it is the ideal solution in a variety of construction tasks. This might include everything from maintenance to new-build construction sites.

Ladders – Whilst they might seem more convenient, particularly for short duration projects where erecting scaffolding might seem like an unnecessary hassle, ladders will never be a safe or stable option. A ladder also requires an existing structure to rest against, which means it is not a realistic choice for new-build scenarios. Ladders are a perfectly respectable option for a job that will take 30-minutes-an hour and are at low risk to the worker, but even for small jobs they are rarely a viable option. If you are lifting heavy equipment, machinery, and tools to work at height, ladders (no matter how sturdy) simply don't offer a productive or safe solution.

Easi-Dec – An alternative first developed in the 1980s as demand for low-level access became more apparent, Easi-Dec scaffolding is a more compact and cheaper form of scaffolding that leans against an existing structure and might work for little maintenance jobs. However, whilst this system might be ideal for window cleaners and other workers who might only need to be working at height for a few hours, Easi-Dec simply can't boast the same flexibility and reliability as scaffolding.

Access Towers – Generally constructed from aluminium, standalone access towers are often favoured by roofers who want to quickly and efficiently gain access to a chimney. They are usually unsuitable for construction purposes, however, since they cannot provide support when heavy equipment is being lifted up and down the tower.

For everything from a loft conversion to a major commercial job with hundreds of busy workers, scaffolding continues to be the favoured access system for construction workers across the developed world. Safe and affordable scaffolding remains the only logical and safe option for major and minor construction work, and we certainly can't see that changing anytime soon.